The US State Department has been emailing the following statement regarding the status of the visa interviews for the SIV program. 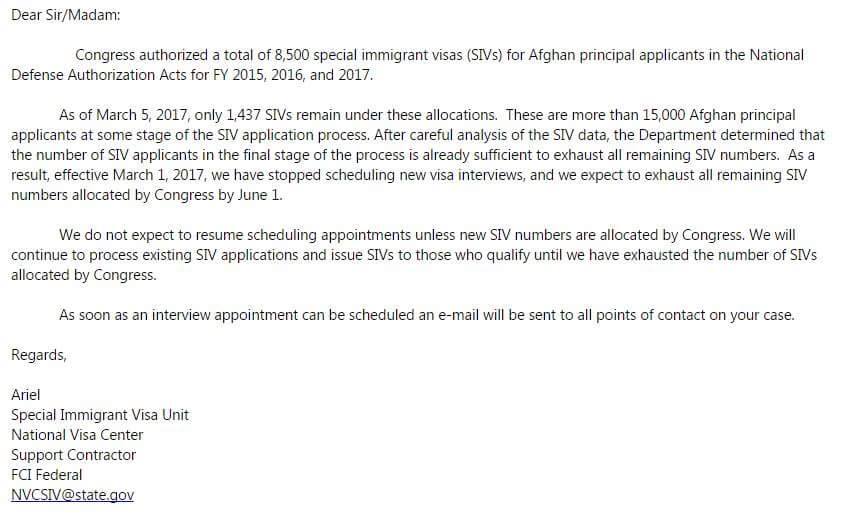 Let’s further clarify or explain the statement in simple terms:

Note: This applies to all applicants waiting for SIV interview, not just the ones in Afghanistan. Meaning SIV interviews have not only stopped for Kabul embassy but all embassies outside Afghanistan.

What is the solution?

Currently, there are two separate identical bills being processed in the US Congress to add 2,500 visas to the SIV program. The interview schedules will start again, once the bill passes and more visas are added.

The bills are following:

Click on each link above to track the progress of the bill as it passes through the US Congress. Both bills were introduced on March 15, 2017, and could take a very long time to be processed before the US president signs it to officially become a law.

Please continue to have patient, pray for quick Congress action and keep contacting your American supervisors, friends, US media outlets to keep the pressure on the senators to quickly approve more visas for the SIV program.